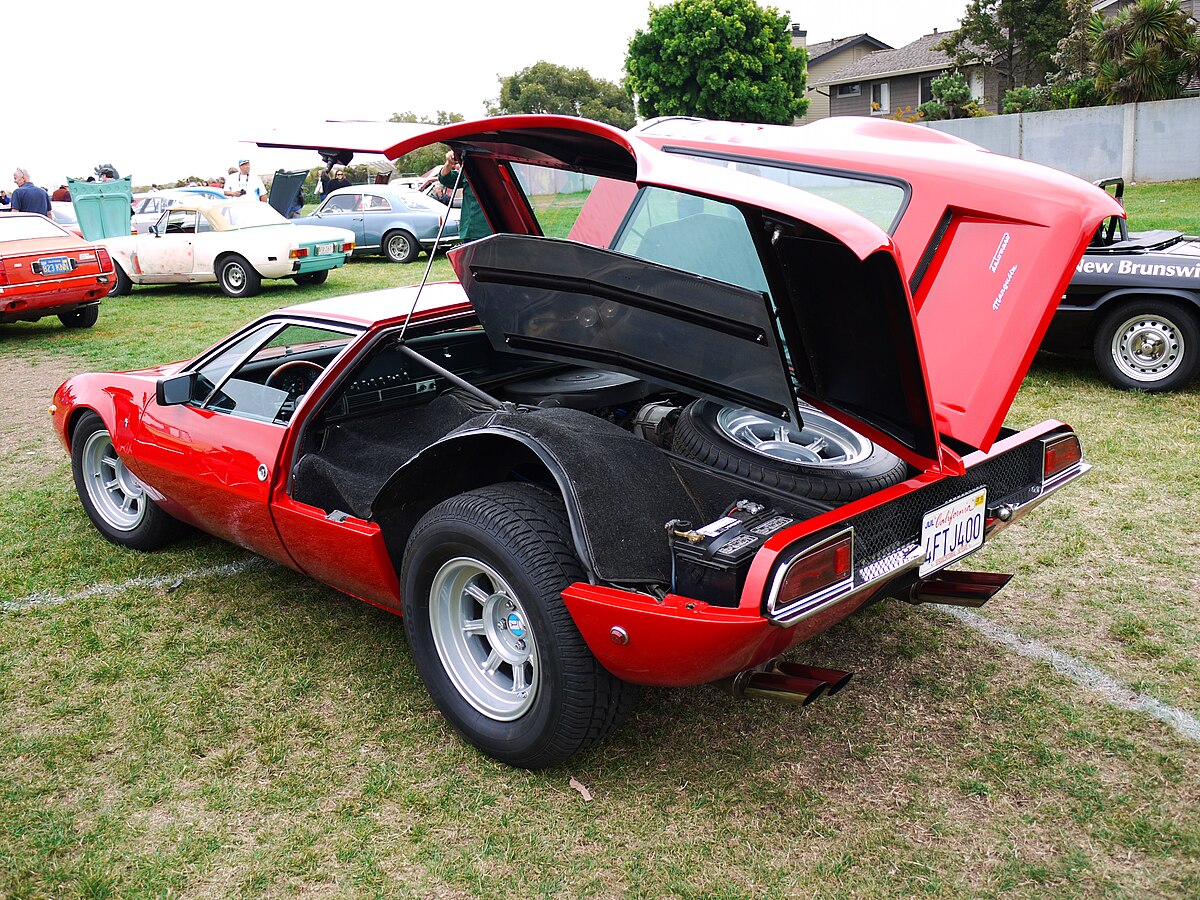 Although largely overshadowed by its successor the Pantera, the Mangusta was DeTomaso’s first model to be produced in significant numbers. The chassis was based on that of its predeccesor, the Vallelunga, and modified to handle high torque powerplants. DeTomaso would come to be known for its combination of American V8 rumble with Italian design flare, first seen in the Mangusta. The design is typical of Giorgetto Giugiaro, clean lines and simplistic elegance, but Mangusta’s unique party piece was its rear gullwing engine doors which only provided access to half the engine bay at a time.

The car’s name, Mangusta, is Italian for mongoose, a small animal known for its agility and its ability to fight and kill venomous snakes, particularly cobras. Legend has it that the car was named the Mangusta because De Tomaso had some talks with Carroll Shelby to replace the Shelby Cobra with a race car to be built in Italy by De Tomaso, but the project ended in 1965 when Shelby was assigned to help with the development of the Ford GT40. Malcolm Bricklin had his dreams of what his car should be, and fast wasn’t a very important part of them. He thought safety to be the most marketable attraction, so his sports car was labeled SV-1 to let you know up front that it’s a “safety vehicle.” The car’s principal advantage over contemporary car construction was a main steel-tube perimeter that circled the passenger compartment at bumper height. Its main body was also built on this tubular space frame, which was almost a necessity to give sufficient stiffness with its fiberglass body.

The Bricklin’s outermost skin was around 0.5 inches of thick acrylic plastic sheet. The Acrylic was first vacuum formed and then laid into the dies with the fiberglass, where the two bonded together while curing. This acrylic was more scratch resistant than paint because it is impregnated with colour rather than just covered on the surface. Light scratches come out with basic sanding and polishing, and deeper gouges could be filled by any reasonably competent Bricklin owner with liquid acrylic of the proper colour.

The DeLorean DMC-12 became is better remembered today as the time-traveling car in the Back to the Future movie series, but the car itself held a rather more infamous for years before Marty McFly stepped inside one in 1985. This infamy came largely from its creator, John Z. DeLorean, who was a 1970s press icon as an ex-General Motors executive who went rogue, sharing his remembrances of the automaker in a book. DeLorean was however, an engineer with an accomplished record at both GM and Packard. In 1977 DeLorean said that he was hoping to go into business producing his own sports car, first estimating that he could have the car ready by the next year, it wasn’t until 21st January 1981 that the first DMC-12 rolled out of the factory.

The DeLorean was built in Northern Ireland and the production was funded by the local government as a means of creating jobs. Another source of infamy was that the DMC-12 haberdashery of parts used throughout the production, bought as per availability and made fit. The DMC-12 features a number of unusual construction details, including gullwing doors, an unpainted stainless steel body, and a mid-mounted PSA-Renault engine. The asthmatic PRV engine was the final nail in the coffin for the DeLorean, its underwhelming power output removing any last hopes of it ever being a sports car.