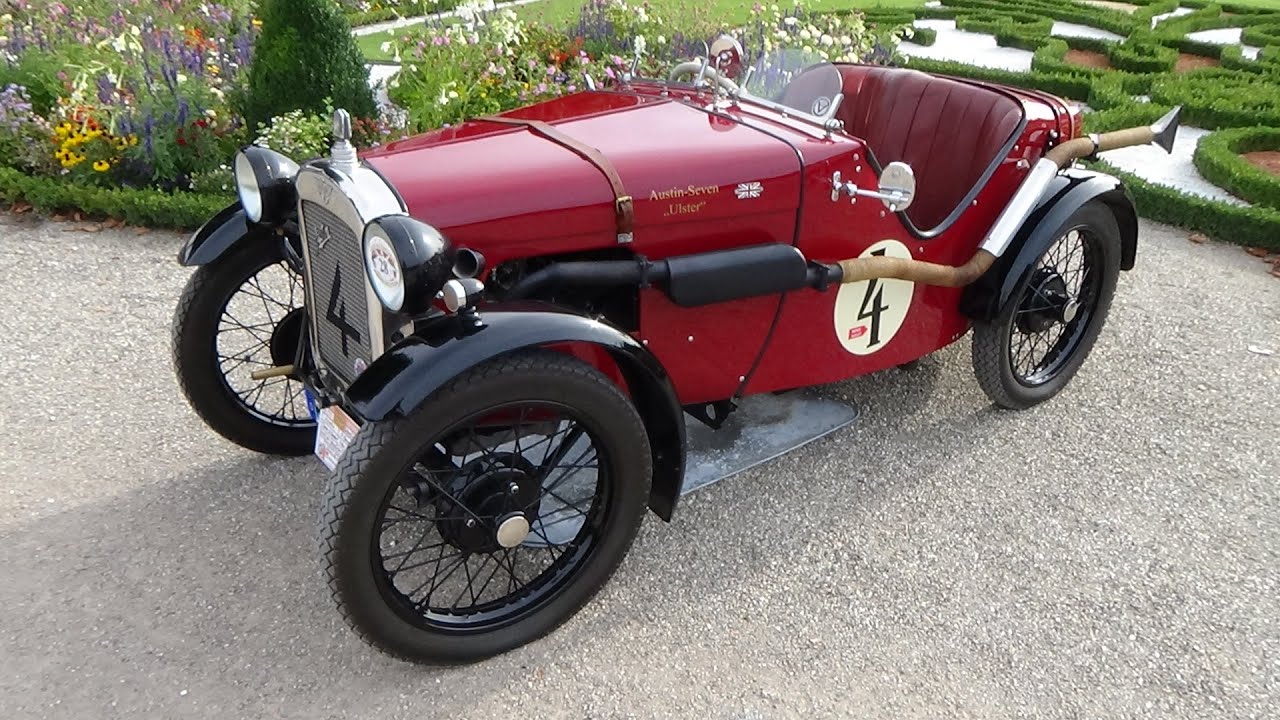 One of the most popular cars produced for the British market and sold well abroad. Its effect on the British market was similar to that of the Model T Ford in the US, replacing most other British economy cars and cyclecars of the early 1920s and bringing motoring to the masses

Herbert Austin, a largely self-taught engineer, set out to create his vision of a small and affordable car after Austin Motor Company refused to invest in it. He gathered a small team and set about designing his creation in the billiard room of his home.

The Austin 7 rolling chassis was even used by William Lyons to form the basis of his coach-built Swallow, which would teach the skills he needed to form his own car company after the war which we all know now as Jaguar. Many Austin 7s were rebuilt as “specials” after the Second World War, including the first race car built by Bruce McLaren, and the first Lotus, the Mark I, but more on that later. Let’s talk first about Austin’s built under license. 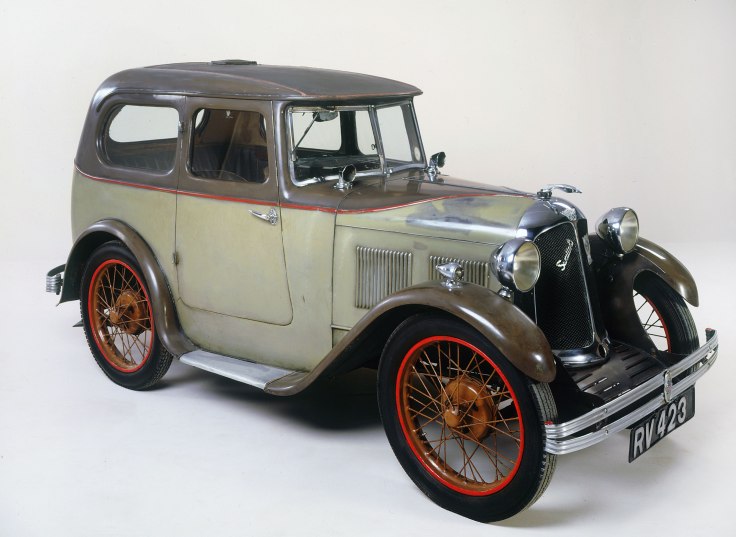 Lucien Rosengart (1881 – 1976) was a gifted engineer and businessman who, in mid-1920s, saw the opportunity to produce a very small car for a segment of the market in France that he believed was not being properly covered by any of the major players.

He acquired the licenses from Austin and in 1927, at the plant on the Boulevard de Dixmude in Paris, production began of the Rosengart automobile which appeared on the market in 1928. The Rosengart LR2 was in production from 1928 until 1939, but the factory was destroyed by the invading German forces at some stage during the war. Lucien Rosengart spent the war years in the United States and returned to Paris at the war’s end and attempted to re-start his car making business, unfortunately without success.

The very first BMW car, the BMW Dixi, was a licensed Austin 7. These cars were marketed under the name Dixi and when BMW bought AWE in 1928 they initially marketed the car as the BMW Dixi. Subsequently they were given the model name DA-1 3/15 PS, the “DA” standing for Deutsche Ausführung (German Version), the “3” indicating the licensing category, and the “15” the metric horsepower figure, or Pferdestärke (PS).

The American Austin Car Company was established in 1929, again building the 7 under license and in an American style. The company was re-named in 1935 American Bantam – and would go on to create the first Jeep prototype. One of the American Bantam Jeep models was discovered by the invading Japanese forces in the Philippines during the Second World War and would become the design inspiration for the Toyota Landcruiser.

Prior even to the American Bantam being discovered by Japanese forces, they also used the Austin 7 as the basis for an early Nissan car, the Datsun Type 11. In October and November of 1929 Austin’s Chief Engineer had visited Japan and presented a paper titled “The British Light Car” which provided quite complete technical details. The Datsun Type 11 appeared a few years later in 1932 with only 150 being produced in that single year on manufacture.

Herbert Austin, being rightly concerned about the potential infringement of his patents, purchased a Datsun car in 1935 in order to examine it. He did not pursue a complaint, and given Japan’s militarisation at that time maybe a wise decision. Given the circumstance though we can no doubt be sure that the paper they had been presented in 1929 hugely influenced their design decision-making.

The Lotus Mark I was the first car designed and built by Colin Chapman in 1948, while Chapman was still a student at the University of London. The car was designed to compete as a trials car, and was constructed on an Austin 7 chassis and running gear and given registration number OX 9292. He modified the rear suspension to give better handling and the engine to give more power. His approach to automobile construction using sound engineering principles and ingenious chassis design set the stage for many more revolutionary designs to follow. 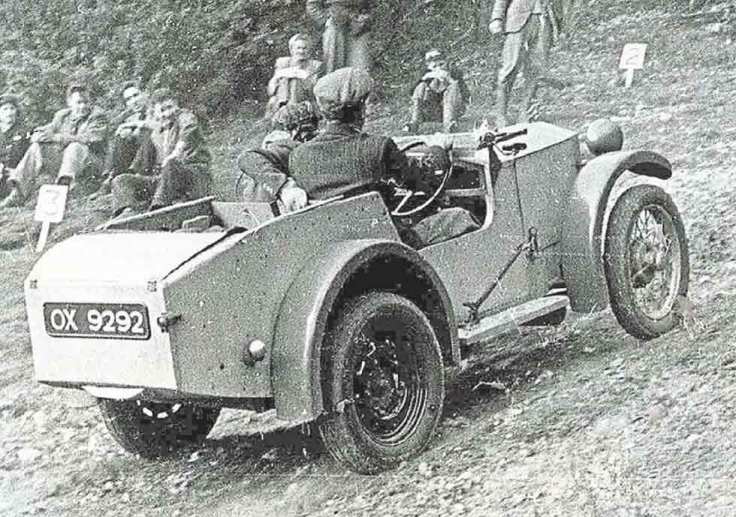 Although the original Mark I has been lost to history after being bought by a mysterious buyer in 1950, a replica was created to the same dimensions that uses an identical Austin chassis and running gear. Chapman and his future wife competed with the car in English Trials, a form of competition over rough terrain against time. Chapman continued to develop and modify the Mark I. First larger wheels and tyres were fitted and the front beam axle was split and hinged in the centre to provide independent front suspension. The success of the car helped encourage Chapman to continue designing competition cars and thus begins what we know today as Lotus.

So there we have it – such a small car yet such a huge impact that it had on the global motoring industry. I doubt Herbert Austin could have envisaged just how far his brilliant idea would have travelled! 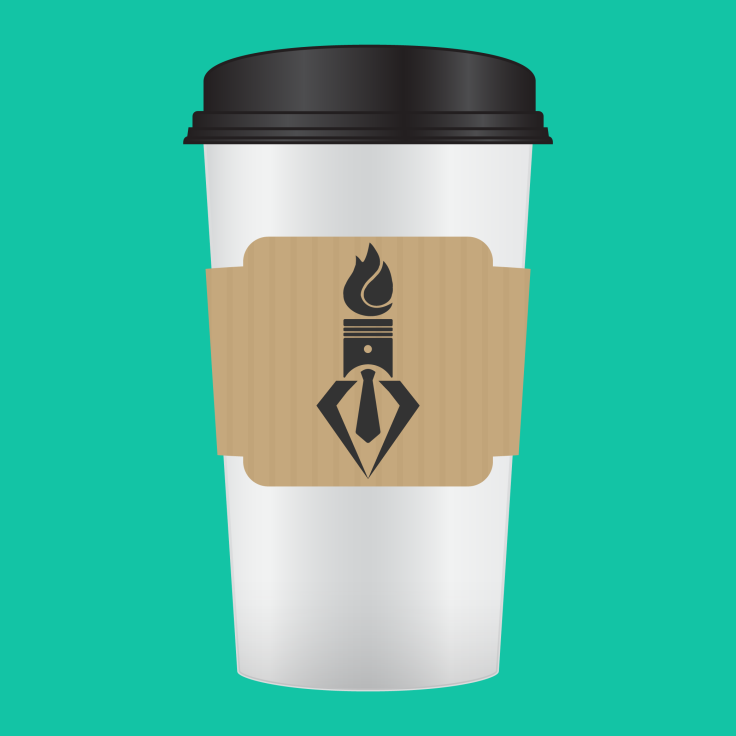