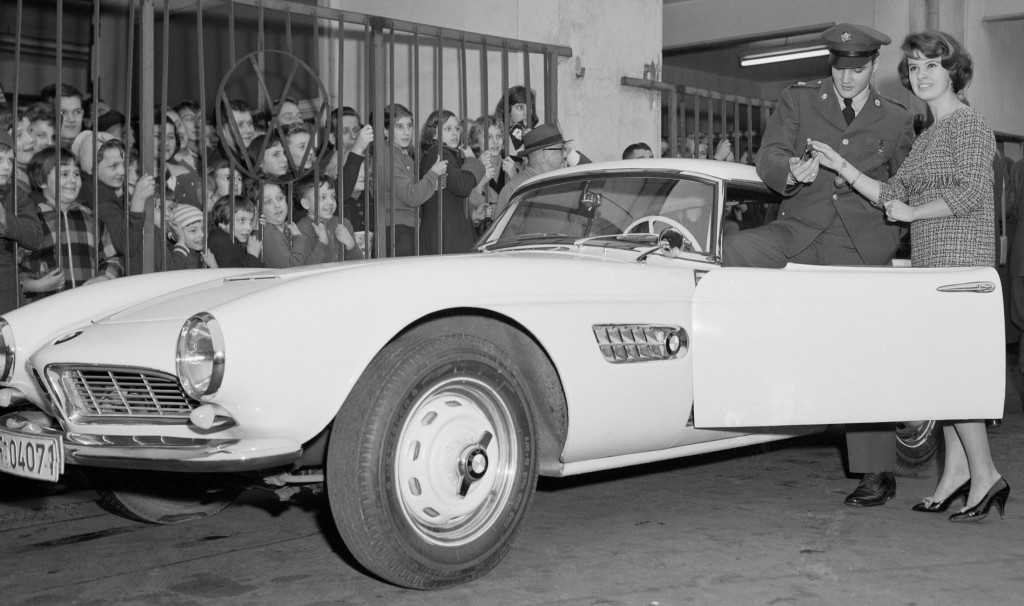 The history of the automobile holds many uniquely valuable vehicles, innovative milestones and outstanding classics. However, there are only a few cars that have such an unusual biography as this. In the early 1950s BMW made a major effort to revive its sporting success of the 1930s. In 1954 Max Hoffmann, an importer who had been based in America for many years, had suggested to BMW that the company should collaborate with designer Albrecht Graf Goertz. His vision for the roadster was one characterised by a sense of lightness and dynamic charisma while observing classic roadster proportions. BMW was very impressed with Goertz’s blueprints. The result was a roadster with an aluminium body and a high-performance V8 engine. BMW brought one of the finest sports cars of all time into being with this roadster. Based on the technology of the 3.2 litre BMW 502 saloon but with the output increased to 150 hp, the BMW 507 was the pride of BMW. When the car was launched at the Frankfurt Motor Show in September 1955, it was highly acclaimed be the press as the “BMW Sensation” and the “dream from the River Isar”.

Sales figures remained below expectations, especially in the American market, only 254 units had been built including 3 prototypes and 251 designated for commercial sale. The contribution to the image of the brand in the decades following its launch are not to be overestimated, with virtually all BMW 507 roadsters being preserved to this day.

It’s 1958 and it’s truly sensational news: Elvis Presley, the celebrated King of Rock ‘n’ Roll, is coming to the Federal Republic of Germany to do his military service as a GI. In the summer of 1958, he arrives in Bremerhaven with his troop carrier and receives a rousing welcome. He begins his military service in the third US armoured division on 1st October 1958 in Friedburg and lives in the tranquil town of Bad Nauheim. On 20th December 1958, he purchases a white BMW 507 (pictured) which he uses to drive back and forth from his home to the US army base every day.

The goal was to give him some peace and seclusion in Bad Nauheim. However, his countless female admirers find out where he lives and are constantly lying in wait for him. And it’s not particularly difficult to find him since his elegant BMW, parked in front of his house, causes quite a stir. Under cover of darkness innumerable female fans slip out their bright red lipsticks and get to work on the car’s exterior, leaving behind telephone numbers, kisses or other declarations of love. Next, morning the white car is virtually unrecognisable. For Elvis all this attention is somewhat unpleasant, but one day he would decide to have his roadster repainted bright red. After completing his army duty on 2nd March 1960, he returns to the US. His BMW 507 appears in New York soon after the king, after which all trace of the car was lost until its fluke discovery in 2006.

This celebrity BMW was restored to its original delivery condition in an elaborate restoration project over the course of 2 years, according to the wishes of its former owner Jack Castor. The car has been part of the BMW Group Classic Collection since 2014, from which this information has been shared.

The fame of the 507 does not end there: The roadster with the chassis number 70079, another white car, was initially used as a show car at the 1957 Frankfurt Motor Show (IAA) to raise interest among potential customers. Further auto shows and beauty contests followed, and there was even some shooting for the movie “Hula-Hopp, Conny” and a long article by German  magazine “Auto Motor und Sport” in 1958, comparing the 507 to the Mercedes 300SL. From 1958, the celebrity racing driver Hans Stuck Sr. also presented the BMW 507 at exclusive dealer presentation events. The German-Austrian racing driver is one of the most successful and well known drivers of the 1930s and 1950s. His superior driving skills really came to the fore on difficult mountain roads making him go down in racing history as “The Mountain King”, or “Der Bergkönig” for our German friends. Despite the elegant 507 not having been designed for racing use, Hans Stuck races the 70079 roadster in a number of hillclimb competitions during his career. He took it to the Rossfeldrace and the Great Hillclimb Trophies in Germany and Switzerland, claiming first in his class. 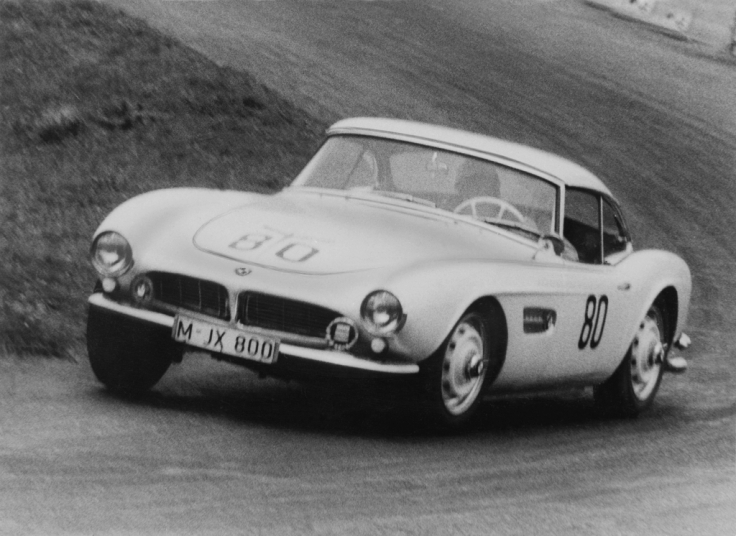 The now legendary BMW 507 is considered to rank among the finest sports cars of its time, and today are amongst the most highly sought-after and valuable vintage cars in the world.